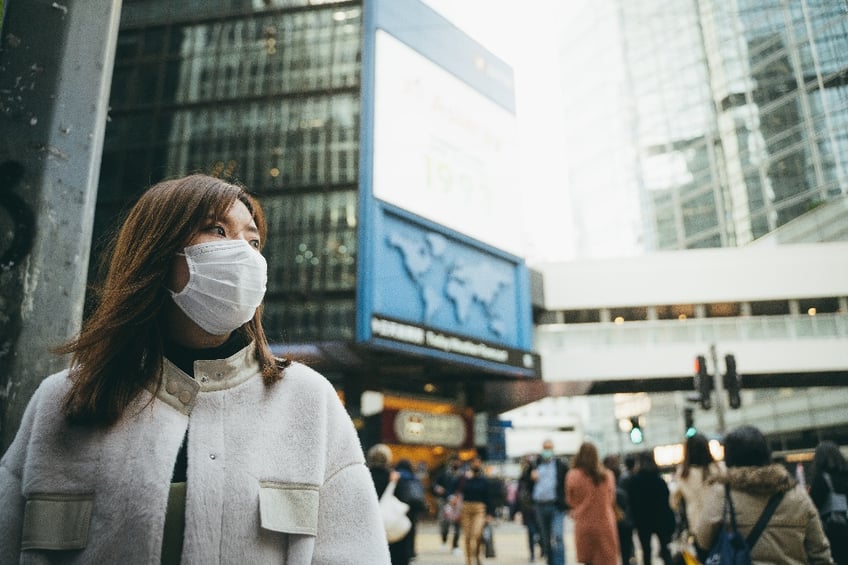 New York, NY – April 30, 2020: The Coronavirus is impacting global property markets with equal severity to what is happening in the U.S. this spring. The greatest disruptions, again like the U.S., have been in resort and hospitality sectors, retail real estate, commercial office and to a lesser extent, industrial properties.

In this exclusive, globest.com catches up with Cliff Moskowitz, Executive Vice President with New York-based NAI Global. He recently moderated a virtual panel with NAI offices in Australia, New Zealand, South Korea and the Philippines.

“I was encouraged to hear what was happening on the ground in Seoul. As we hear, South Korea is ahead of us on the “curve” and while certain precautions are in place, it was refreshing to hear that business is being conducted even so far as business dinners where people sit around the table and converse without masks. It shows there is a light at the end of the tunnel and it is just a matter of when we get there,” Moskowitz said, adding: “Another thing I found very interesting is that Australia seems to already have government-mandated guidelines in regards to rent relief for commercial tenants with a specific formula. It will be interesting to see if similar rules are applied here in the U.S. and what they might look like.”

That formula for rent relief and adjustment, according to Jason Luckhardt, National Manager with NAI Harcourts Australia, is largely based on the percentage of lost revenue for each business.

“Early on the federal government established a code of conduct for commercial property owners which was handed down to state Premiers (governors) to administer and there has been widespread cooperation between landlords and tenants to reach rental rate agreements without engaging the courts,” Luckhardt said.

Luckhardt said New South Wales has been hit the hardest by the virus and while they have not experienced office market rental rate declines yet, he expects they will down the road. When the recovery in Australia does begin – and Luckhardt expects unemployment to max out around 10 percent, it will likely come from agriculture and mining, with perhaps new investments in the country’s western capital, Perth, which will suddenly benefit by its isolation from the rest of Australia as well as its closer proximity to the Philippines and other South Pacific markets. One pleasant surprise thus far is that U.S. investment in Australian commercial real estate is only off 5 percent, and the U.S. is the biggest foreign investor in Australian property, according to Luckhardt.

“New Zealand closed its borders to everyone except New Zealanders returning home as soon as the pandemic was declared and up until the week of April 27 we have been in a stage 4 lockdown for a month so we couldn’t show property, regardless of asset class, and there is zero tourism so the hospitality industry has been severely impacted,” said Tony Kidd, General Manager with NAI Harcourts New Zealand. The island nation has four levels of shelter-in-place, with 4 being complete lockdown except for essential services and number 1 being normal, open society. Beginning the week of April 27 New Zealand is going to a state 3 lockdown for two weeks which will open up some businesses but showing property will remain substantially restricted. With a total population of 4.9 million, Kidd said the country had been reporting 80-90 new virus cases per day as recently as early April but more recently it’s been in the single digits. The economic impact on closing the economy is consequently significant in New Zealand, with best-case unemployment to reach low-double digits, according to Kidd. Post COVID-19 and when the dust settles, Kidd anticipates that office vacancies will inevitably rise and there will be a softening of yields across all sectors.

In South Korea, which was hit hard with the virus in in late February, when about 500 new cases were reported daily compared with recent weeks, when fewer than 10 new cases have emerged daily, the economic shutdown cost about 195,000 Koreans their jobs in March, making it the sharpest payroll monthly decline since May 2009, according to Ray Cho, a Principal with NAI Korea. He said lowering interest rates from the Bank of Korea is likely yet that would not benefit the property markets especially for retail properties, which have experienced a 50+ percent drop in sales and that transaction volume is off significantly for major deals.

The Korean government is supporting landlords with up to 50 percent rent support for smaller retail tenants, Cho said, adding: “Going forward, location will be more important as buyers and tenants will be very conservative with site selections, however, buyers will recognize that the best locations will be least affected with vacancies and may be willing to pay more for them because of it.”

Cho said Koreans were widely cooperative and supportive of slowing the spread of Coronavirus and because the country flattened the curve relatively quickly, the government has started opening the economy, yet still encourages businesses to only have face-to-face meetings if necessary. Even so, restaurants have reopened and Cho said they are doing robust lunch and dinner business.

The virus has all but stalled tourism in the Philippines as well, yet Filipino economists expect unemployment to only climb to 6.2 percent in 2020, compared with 5.1 percent at the beginning of this year, said Fausto Liriano, Chairman & CEO of NAI RCL Philippines.

Where COVID-19 is impacting the Philippines, Liriano said, was the gaming industry and office markets in Manila and other cities.

“Pre-COVID, about 400,000 square meters (about 4.3 million square feet) was projected to be absorbed by off-shore gaming operators this year. However, the Enhanced Community Quarantine, or ECQ (as the local government calls its shelter-in-place) has delayed construction and pushed back delivery of the office space. In turn, it is forcing the offshore gaming operators (most of which are Chinese) to re-evaluate their leasing requirements,” he said.

Liriano also said: Although there is record-level pre-leasing in office towers under construction that is brought about by demand from offshore gaming and companies involved in Business Process Outsourcing (BPO is a global industry providing non-primary business functions on behalf of other vendors), an additional 1 million square meters (about 10.7 million square feet) scheduled for delivery this year is at risk because of construction stoppage. This may result in higher vacancy rates by year-end as occupiers reconsider their take up requirements.”